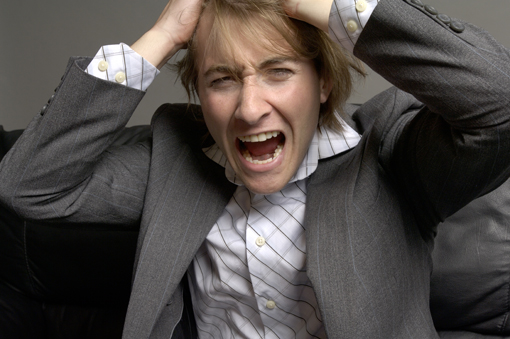 Whether it be at a wedding, board meeting, or a crowd of thousands, a lot of us have a fear of getting up in front of a crowd and giving a presentation. Here is a great article on public speaking by Mike Michalowicz via Open Forum to help alleviate those fears.
6 Things Comedians Can Teach You About Public Speaking
Comedians are the ultimate public speakers. They have to hold an audience’s attention for an hour or more. They don’t get a break during their talks, and they don’t get to lean on the audience for Q&A. They are expected to make the audience laugh constantly. And they don’t even get to use a PowerPoint bullet list of discussion points.
Comedians know that the secret to keeping an audience engaged is following the commandments of powerful public speaking. Here are their secrets.
1. Humbling personal stories. As a general rule, an audience will envy someone “above” them, connect with someone “like” them, and support someone “below” them. Any degree of arrogance will result in a disengaged audience. Comedians often open up their acts by sharing a humbling or even humiliating story. Not only is it funny, but it shows the audience that they are just a regular Joe. And regular Joes get support from the audience.
2. Just say no to PowerPoint. How often do you see a comedian using the PowerPoint crutch? Pretty much never. Unless, of course, they are making fun of PowerPoint. Comedians know that the best pictures are the ones that you draw in people’s minds. They also know that they want the audience looking at them, not trying to read a screen. Comedians use detailed descriptions, storytelling, body movement, voice tonality and props (that microphone stand can serve a million purposes).
3. Gesticulation. They say that the spoken word is only 5 percent of communication (Personally, I don’t know who “they” are, but I think they are right.) The remainder of communication is in our tone, pitch, facial gestures, and body movements. Comedians know that on stage, it is hard for people to see the minor expressions (e.g., subtle facial expressions), so they make big movements. Every body movement and facial expression is exaggerated so even the person with the worst seats in the house can see it clearly.
4. Laugh-cry-laugh. Like waves rolling in from the ocean, comedians know that the most engaged audiences need to have a release (laughter) and a recovery (a moment of calmness) before the next release (laughing again). As a public speaker, you may even want to move your audience through a little more of an emotional roller coaster. The laughing and crying keeps them connected and opens them up for you to deliver your knowledge and lessons.
5. No lectern. How often do you see comedians using a lectern? That’s right—never! A lectern serves no other purpose than to hide a speaker’s fidgety hands from the audience. The lectern is nothing but a big fat crutch. Avoid it like the plague, unless you use it as a prop.
6. No notes. When was the last time you saw a comedian pull out a notecard to see what their next joke was? A great speech is a prepared speech. Comedians practice their routines over and over, and you must do the same. You can use different mnemonic memory techniques to remember even the most complex speeches. Remember, if you take your eyes off of your audience, they will take their eyes off you. And that creates a disastrous speaking situation.
7. The loop-back. Ever notice that most comedians wrap up their routines by referencing some jokes from earlier on in their routine. I call this method “the loop-back.” Often these jokes come across as the funniest, because they reference something familiar (another joke from earlier in the routine). In the closing of your speech, make sure your refer back to the core content they just learned.
Just because comedians are master public speakers doesn’t mean you need to be a comedian to kill on stage. You aren’t even required to tell jokes (but a few thrown in here and there will surely help). Start to observe the techniques comedians use, and employ them in your own presentations. Set your DVR to record some stand-up material on Comedy Central or HBO and study it. If nothing else, you’ll at least have a few laughs during your training.