There’s been huge buzz lately around the newest version of Samsung’s most popular Android phone, the Galaxy S IV. With an entire suite of never before seen features, the Galaxy S IV is drawing a lot of comparison to its biggest rival, the iPhone 5. Does the new Galaxy really have what it takes to steal the iPhone’s title as the most sought-after smartphone? We’ve compiled a list of specs on each device to let YOU be the judge.
SAMSUNG GALAXY S IV 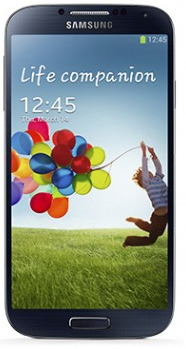 Camera –13 megapixel rear camera and a 2 megapixel front camera with new features including:
Dual Recording/Dual Shot – operate both rear and front cameras simultaneously.
Sound & Shot – add sound clips to images
Eraser Shot & Drama Shot – remove certain objects from an image or capture motion shots in individual frames
No Touch Response
Smart Pause & Smart Control – The front facing camera senses the direction of your gaze allowing you to pause a video or scroll through a website with just your eyes.
Air View & Air Gesture – Achieve no touch response by moving your finger in front of the screen. 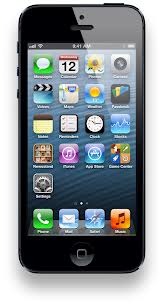 App Store- The iPhone 5 is equipped with access to almost 1 million apps. It has the largest and most exclusive selection of apps compared to any other platform.
iTunes- With iTunes, the iPhone 5 has the largest selection of music, TV shows and movies as well as seamless integration with other Apple devices.
Third Party Support- Apple is the leader when it comes to connectivity to third party devices. Car audio systems, speakers and charging docks overwhelmingly favor Apple compatibility.
Build & Battery- The iPhone 5, like it’s predecessor is sturdily built with aluminum and glass.  It’s equipped with a small battery at 1440mAh, but combined with less processing requirements, will get you through more of your day than some of its competitors.

Going Back to Callie